There is something exciting about the notion that this life is all there is. You can experience it to the full. You can reinvent yourself as many times as you like. You can have all the sex you want. You can choose your own path and create your own destiny, unfettered, guaranteeing the maximal potential for pleasure, facing its pain and challenges with powerful realism and dignity. A life that is lived here and now, fully embracing the moment, taking it in for what it is and no more, can be an exciting life.

Many people live with what we might call the materialist assumption. Materialism is just as I have described it. There is nothing beyond this life, here and now. When you die, it’s like a blissful sleep. We don’t look for some distant meaning or fairy-tale heaven. Such notions are a coping mechanism for those who can’t embrace the responsibility of their lives as radically free. They are the ones pushing their provencal morality on the rest of us.

The materialist assumption is not morally empty. We live in human community, so we craft a kind of public morality. We all agree that things like murder, rape, incest, racism, slavery, greed, gluttony and intolerance are evil. They deprive another of her basic rights, they choke freedom, and thus they are evil. We don’t need religion or a god to follow the implications of the materialist assumption because we are not alone on this planet.

You may feel this description fairly portrays your convictions about this life. If not, perhaps I have been inaccurate, but I hope I haven’t been uncharitable. As a human living here and now, the materialist assumption is sometimes appealing to me. I do embrace responsibility for my life, my choices, and my living among others who deserve the same freedoms I have. Many times, eyes wide open, I look around and see good, altruistic materialists, living full, satisfying lives. I wonder, though, if they have followed the trajectory of their materialist assumption all the way down the road.

To me, there are things deeply troubling in the materialist assumption, things that persuade me to reject it as a faulty foundation, a melting wing of existential hubris.

For example, having all the sex you want sounds great, but inevitably, it leads to devastation. I’m not being dramatic. Think about it. Like any other human appetite, over-consumption leads to gluttony, addiction, and thereby a loss of freedom. Gluttons and addicts aren’t free. If sex is a fix for you, you are proving the limitation of a materialist assumption. Relationships are messy enough without the give-and-take of sexual involvement. Casual sex falls apart, as I have observed, but sex in a relationship without a deeper commitment (marriage) has nothing around it, no guardrails. When the sex gets boring, what happens to the relationship? When the relationship ends, so does the sex, and a relationship so entwined is excruciatingly painful to undo.

Over and over, I can think of examples of living on the materialist assumption which prove its rottenness at the core. For example, let’s remove the Cinderella lens from my description in the first two paragraphs. Often a life of radical freedom doesn’t turn out so good. Real human stories demonstrate that the path forward is never smooth. A diagnosis. A death. A government that exploits or enslaves. A dictator that divides his population into two races, master and slave, and exterminates the lesser. A promise from another is broken. Victimization results. You are the victim. You are the predator. Why me? Unanswered questions. Coping isn’t just for religious people. 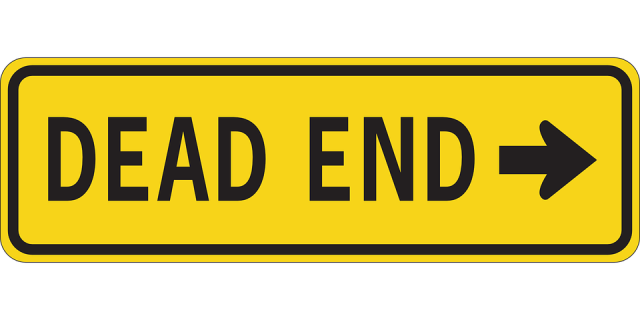 Facing the reality of the human condition demands, I would assert, an afterlife. Otherwise, the highest human notions of justice, freedom, and human potential are fictions.

I realize this assertion requires support, and you may choose to accept or reject it based on the support I can give. I feel the weight of that, and I am sure, whatever arguments I could offer would be insufficient for some, exhausting and irrelevant to others. Let me offer one solid counter-assumption, an assumption that is not unique or novel, and see where it goes.

My counter-assumption borrows from the Apostle Paul in his first of two biblical letters to the Christians at Corinth. In this section of chapter 15, towards the end of the letter, he takes on the materialist assumption:

Notice the kind of argument Paul makes, Paul, a Jewish-Christian writing to Greeks: if there is no resurrection from the dead, then Christ has not been raised, and if Christ has not been raised, then your faith is useless. This is a contrary-to-fact conditional argument. Paul has just laid out the facts in verses 3-9: Jesus Christ has been raised from the dead. The tomb is empty. The guards were not paid off. Nobody stole the body and lied about it, or the ruse would have been uncovered. Instead, hundreds of people who were still alive at the time of Paul’s writing would give eyewitness testimony of encountering the resurrected Christ. (The New Testament records a few of those encounters in Luke 24 and John 21.) Eyewitness testimony of credible witnesses was received in the ancient world much like scientific evidence in our modern, materialist (skeptical) age. It is the fact of the resurrection of Christ that proves an afterlife, not the other way round.

If Paul is stating a credible fact, Paul who numbers himself with those who encountered the risen Christ, then we can understand his negative reasoning. What are the implications of the opposite condition: assuming there is no resurrection, no afterlife, but only (I would add) a materialist obliteration or perhaps conservation of the “energy” of human life? Paul enumerates the fallout: first, then Christ has not been raised. That implication necessitates the conclusion that hundreds of credible (unconnected) eyewitnesses were hallucinating; we must settle for a less intellectually satisfying explanation for the empty tomb; the apostles are all deceived or lying, which doesn’t fit the profile.

A second implication is that the preaching of the apostles is useless. And it wasn’t. It was creating new communities, demolishing prejudice, centering marriages on love not contract, raising the status 0f women, the poor and other marginalized groups. With the “useless” preaching comes vain faith. But faith wasn’t vain either. Faith was transforming murderers to martyrs, superstitious pagans to responsible citizens, greedy gluttons to generous philanthropists, and more.

Paul goes on a bit and then comes to this sad conclusion: If our hope in Christ is only for this life, we are more to be pitied than anyone in the world. Yep. Generic, garden-variety faith with no basis in historical fact and present, existential transformation is–just like the materialist assumption–worthless.

Where is this negative argument going? Paul is using it to support a greater, glorious conclusion:

On the assumption that there is an afterlife, specifically the kind of afterlife described in the New Testament, you get a more satisfying list of implications. Your brokenness will be buried, and you will be raised in glory. Your weakness (i.e. human limitations) will become strength. (Just imagine the full use of unfettered body and brain together at 100% efficiency.) And that elusive spirituality you’ve been groping for to try to fix the emptiness of the materialist assumption? Well, everything natural (material) about you will become truly, “naturally” spiritual! Further, Paul argues that such transformed individuals will be part of the Kingdom of God, a kingdom where justice, righteousness, mercy, peace and such things reign, addressing the failure of limited, imperfect justice, etc. in this life.

Finally, Paul concludes in verse 58 that rejecting the materialist assumption in favor of the biblical assertion of Christ’s resurrection adds supreme meaning and value to every moment of human life, giving purpose to us even in the daily grind (a condition you will never escape, no matter how objectivist, nihilist, existentialist, hedonist or spiritualist you become). For those who accept Christ’s death and resurrection not only as historical fact but also personally, existentially, as a faith assumption they build their lives on, Paul can say:

Always work enthusiastically for the Lord, for you know that nothing you do for the Lord is ever useless.

Please consider these contrasting trajectories. When I find myself drawn to the attractiveness of the radical freedom promised by the materialist assumption, a freedom which does not deliver its promises, I remember this. Everything I could want or hope for on my own, autonomous and free, I receive in Christ, enveloped by his life, death, and resurrection.